With her first solo album Ariadne, the harpist Clio K. presents her own approach to the classical harp.

Clio’s compositions combine a range of acoustic landscapes, from classic impressionism to Indian music, with a more modern, up-tempo beat.

Conceived as a feminine musical Odyssey, Ariadne travels downwards with the holy thread, but travels also in the real world: crossing seas, experimenting, with the new and the different, as the mythological character also did.

Imagine Ariadne’s harp singing with an ecstatic dance of world rhythms, scales and playing styles, inspired by traditional instruments such as the Santour, the Kanun and the African Kora.

Clio’s debut album is released by “InRealTime Records” and is an independent production. 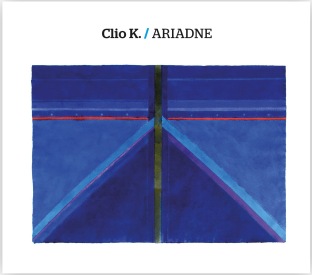 The painting of Mixalis Katzourakis on the CD cover is reproduced with the kind permission of the arts (Untitled 1975-77, aquatec on handmade paper 58x78cm),
Design cover by Dimitris Arvanitis (Espresso Studio)

Download the album press release in English or in Greek

A harp for your wedding or your reception?

Today Radio Show! 25 February at 9.30 PM greek time and 19.30 UTC Time, please tune in to ERT 95.6FM (for people abroad tune in to http://webradio.ert.gr/trito/). I will be there invited by Vicky Tsianika